In a divorce case following a 7-year marriage, Robert was successfully able to negotiate an amicable division of all assets and debt early on the case, which gave tremendous peace of mind to his client. The major remaining issue in contention was spousal support, or alimony, where the parties had enjoyed a relatively modest standard of living during the marriage. Shortly after the parties separated, Robert’s client obtained a significantly higher paying job and his client’s ex-spouse wanted alimony based on these higher earnings. Robert took this matter to trial and zealously advocated for a fair result. After a trial and then post-trial motions, the court issued a very favorable support order for his client that was much more in line with the standard of living the parties enjoyed during the marriage.

In one of the more egregious cases of concealment and deceit he has encountered from an opposing party, Robert obtained an all-out victory for his client in a highly-contested child custody case. The opposing party lied about nearly everything from the start, including first telling Robert’s client that she had aborted the child and that the child belonged to another man. Robert’s client didn’t believe the Mother, and he had to obtain a paternity test to confirm this fact. Over the next two years, the Mother did everything in her power to keep child from Robert’s client and raise him with her new boyfriend. The Mother obtained a second, secret apartment to conceal the child’s whereabouts, she fabricated claims of domestic violence, and even intentionally skipped a visitation exchange just so she could bring the police to the Father’s house in the middle of the night. All of this was designed to bolster her case. Robert exposed the Mother’s tactics in cross-examination over a 5-day trial, and ultimately obtained a 50/50 custody arrangement that finally allowed his client to be the Father he wanted to be. Prior to that, the the Mother barely allowed Robert’s client to see his son at all.

In another outrageous case of child concealment, Robert’s client and the other party split up shortly after the birth of their son and he moved out. Shortly thereafter, when the Father returned to the home to see his son, the Mother was gone…along with the child. The Mother had moved and changed her phone number and email address without any warning or communication. The Father fought for the next year and a half to locate his son, and with Robert’s help was able to expose the Mother’s concealment and obtain a very favorable custody schedule so he could once again be a Father to his son.

In this divorce and child custody case involving 3 children, Robert engaged in a litigation plan with very favorable results for his client (Mother). After successful pre-trial motions to compel the Father’s discovery responses and for him to undergo a vocational evaluation, Robert was able to obtain favorable interim support orders for his client. Here, where the Father was intentionally remaining unemployed to avoid his support obligations, Robert argued that the Father should be imputed income based on his ability to work and the opportunities available for him to support his children. Shortly before trial, Robert successfully negotiated a partial settlement so that his client would never have to pay spousal support (alimony) to the Father. After a trial on the remaining issues spanning 2 months and 4 court-days, Robert obtained a 70% timeshare favoring his client as well as a substantial child support award. Then, when the Father failed to pay child support or exercise even his 30% timeshare, Robert returned to court with his client and obtained a judgment for child support arrears and and an order that awarded his client primary physical custody of the children.

In a post-judgment spousal support (alimony) case, Robert’s client was paying a high amount of support and came to him very suspicious that his ex-wife was earning money she was not disclosing. Robert conducted extensive financial discovery on the Wife, who claimed she could not work due to a disability. Robert discovered that the Wife was working all along and hiding her earnings in a joint account she shared with her business partner in Brazil. In court, Robert presented the Wife’s bank statements and exposed her scheme, resulting in an order for his client that reduced support to zero.

*Of course, Robert’s successes in these cases does not create any guarantee of any particular outcome for any other case in the future. 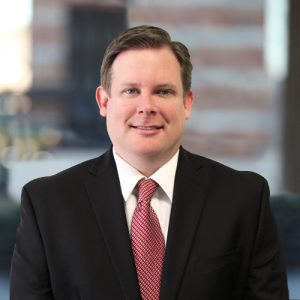 To schedule a time to visit with Robert about your family law and divorce case in Boston, call our experienced Boston Divorce Attorneys today at (617) 795-3611 or send us an email.