About Divorce in Braintree, Massachusetts

Braintree family law cases, such as divorce, child custody and alimony matters, are handled in the Norfolk Probate and Family Court located in Canton.  The court is a relatively short drive down I-93. 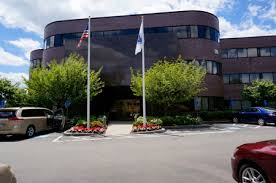 The Norfolk Family and Probate Courthouse is located at 35 Shawmut Road Canton, MA 02021 and has jurisdiction for all family and probate issues in Norfolk County.  It is accessible through the Providence / Stoughton Commuter Rail Line of the MBTA with the closest stop being approximately one and a half miles from the courthouse.  The courthouse is open from 8:30 A.M. to 4:30 P.M. and offers free parking in the front and rear of the courthouse.

The town of Braintree was settled in 1625 and became incorporated in 1640. In 2008 they officially adopted a municipal chapter become a city under Massachusetts law. However, Braintree has still opted to be called the Town of Braintree and is led by the first and only mayor, Joe Sullivan. Although Quincy is called the city of Presidents, the actual birth place of Presidents John Adams and John Quincy Adams, as well as John Hancock were born in what is today known as Braintree Highlands.

Braintree is called home by several large companies including Altra Industrial Motion, Greater Media, and TopSource, LLC as well as some 35,000 residents live in the 14.5 square miles of Braintree. Braintree has been the site of some films over the years including Tell Me That You Love Me in 1969 and most recently in April 2016 the film Stronger had a sequence filmed at the Skyline Drive Apartment Complex.

The Town of Braintree is located less than 14 miles from Boston via I-93 and is serviced by the Red Line of the MBTA. Residents are attracted to Braintree because it is a great place to live and work, being an ideal location from Boston, as well as being rich in history. Braintree has an 18-hole public golf course among its many beautiful parks, including Sunset Lake.

During a divorce involving children, a lot of attention is going to be paid to two things: the parties’ income and the welfare of the parties’ children. This is no coincidence that during a divorce the interest of the court is focused on the children’s well-being. The court is going to attempt to ensure that the children live a similar lifestyle that they were used to during the marriage, even though the parents have separated. The court will often do this by having one parent pay child support to the other in order to ensure the children’s well-being. In Massachusetts, the courts will use the child support guidelines in order to determine which parent will pay and how much. Although the guidelines act as a formula to get you to a payment, a judge may determine a different value if the judge considers the amount too high or low.

Difference Between Child Support and Alimony in Braintree

It is important to know the difference between child support and alimony payments as they have different tax implications on both the person paying for alimony or child support and the other party receiving those funds.  Generally, child support is not tax deductible to the spouse paying child support and it is not income to the recipient.  Alimony may be deductible to the payor and income to the recipient (for state tax purposes only). When child support is paid to the other party an important tax issue to discuss with your lawyer is who is going to claim the child as a tax deduction. This is not automatically determined based off of who pays child support or who has custody. Instead, this is an issue that needs to be worked out between the parties because if both claim the children on their individual tax returns it could spell trouble.  The court has the ability to assign a dependency exemption to either party.  If the parties do not agree and the court does not make an order regarding the exemption, federal law will determine which party is entitled to the exemption.

Child custody is typically one of the most important issues parents deal with in divorce matters. Custody is divided into legal and physical custody. It can be granted both solely or jointly to the parties. Legal custody is the right to raise the child. This allows you access to the child’s important records such as medical and school, as well as being involved in important decisions in the child’s life such as education, religion, or medical.  Physical custody is who the child lives with. The court looks at the best interest of the child to determine who should have custody.

Once an order for custody and child support is made, it can be modified under certain circumstances. These modifications are sensitive to the situation and often are time sensitive. If a real and substantial circumstance happens, you will have to prove not only that it occurred, but that it is in the best interest of the child to change the original order. This can also be done if you look to move out of state with the children. Removing the children is often a difficult task and under no circumstances should you move with the child without first obtaining the court’s permission. Doing so without could result in the court ordering you return the children and if you failed to do so could result in criminal charges being brought against you.

Alimony and Spousal Support in Braintree

Alimony also is known as spousal support is another payment that you may have to make. Alimony is a payment to your spouse. Alimony has many different forms and is determined by the length of the marriage. It is important to understand that alimony will only be considered after child support. Each form has a different impact on the party that pays when it comes to taxes. A family law attorney can help you understand your options and help get you the best deal possible.

To schedule an appointment with one of our attorneys, contact our office today.  We are conveniently located near Braintree in Hingham, Massachusetts, as well as in the Financial District in Boston.